Grrrowwwl! Ahhhhh! My little monsters are about the cutest, least-scary monsters I’ve ever seen. And I couldn’t believe how easy this costume was to make! Not only that, but I made it with my toddler in just a few hours, so it was such a fun activity and bonding time for us. Here’s a step-by-step photo tutorial so you can make one too – and there’s NO sewing involved! 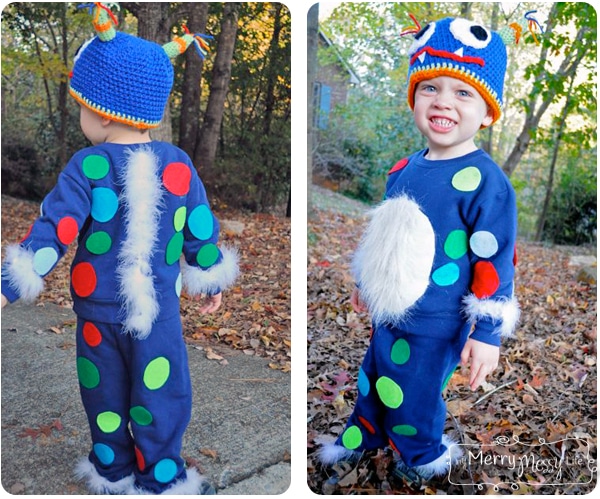 Gabriel decided a few weeks back he wanted to be a monster for Halloween. We looked at Halloween costume images at an online store and he chose the monster one, but it was nearly $70 and there was no way I was paying that much! So, I loved helping him make a costume he chose and getting him involved really helped him feel a sense of pride and excitement in the costume. Plus, we had a blast making it together and even used it as a time to practice counting and colors. Here’s how we did it.

I bought all the craft supplies at Michael’s with a coupon, and the sweat suit at Walmart, so it was really cheap! I found out when I went to Walmart, that almost all of the supplies could be purchased there, making it even easier! Gabriel picked out the sweat suit color and all the pieces of felt. His favorite color is green, so he chose lots of green! 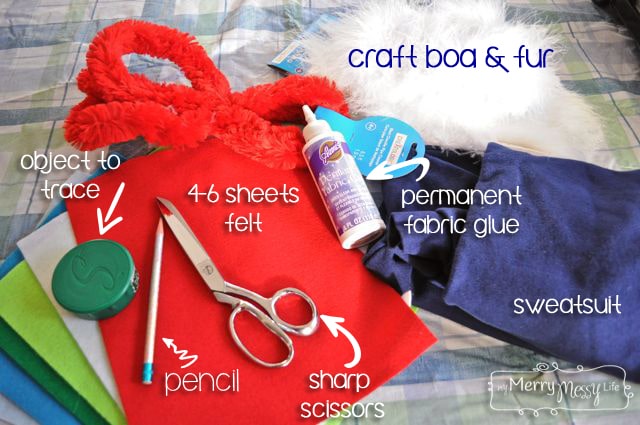 Here’s how we put it together: 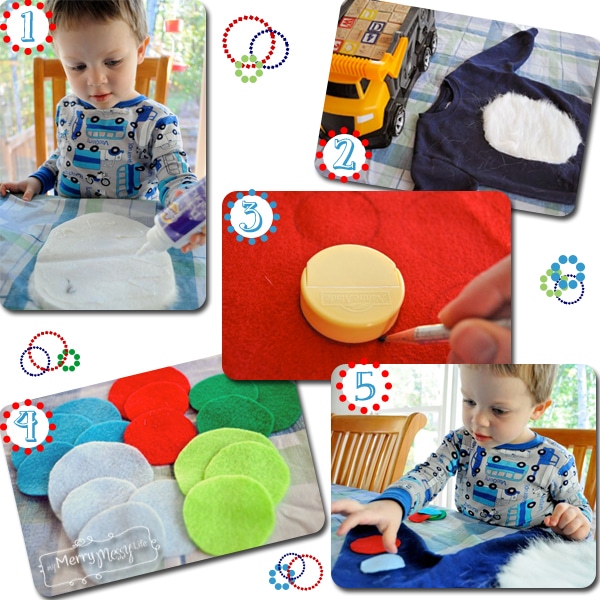 The Final Result – The Front 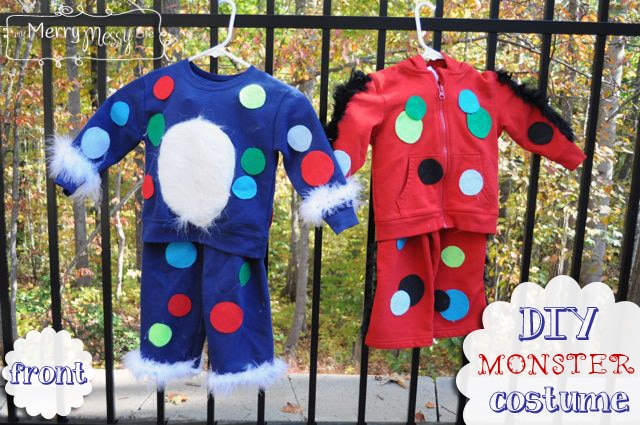 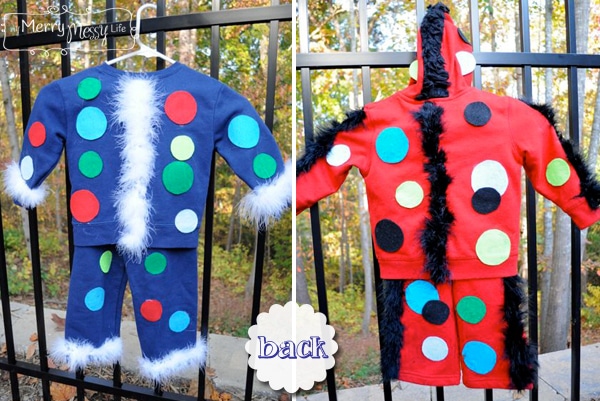 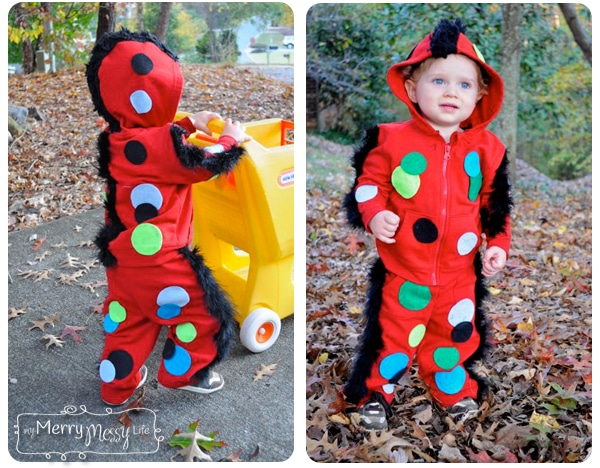 Grayson’s costume was supposed to look like a dragon originally, not sure what to call it now, but it was so cute that he won 2nd place in a costume contest!