When you hear about rendering lard does it take you back to your grandmother’s kitchen? Or perhaps even your great-grandmothers kitchen? Not exactly something that screams “modern cooking,” right? If you’re like me, you’ve found an interest in bringing back those traditional kitchen skills and a great place to start is rendering lard. It’s not as hard as you may think and today I’ll walk you through the steps necessary to render lard into a delicious, healthy and versatile cooking oil. But first, let’s discuss lard and the reasons why you want to use is. 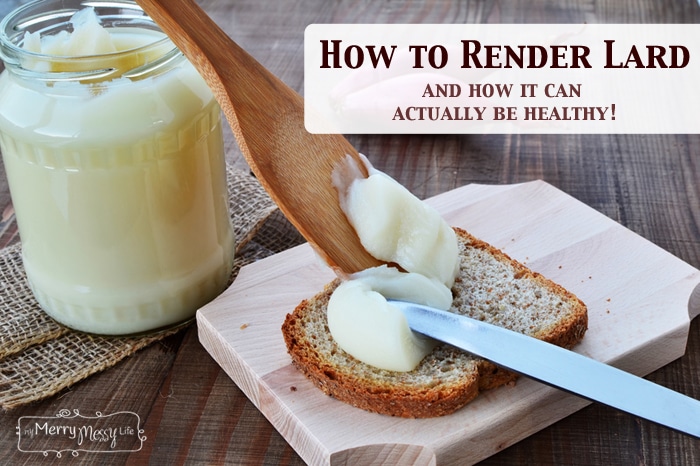 How in the World Is Lard Healthy?

If you still believe that fat isn’t good for you, then I’m excited to share with you that FINALLY, finally scientists have gone back on 50 years of bad nutritional advice and had admitted they were wrong about fat (see here). Lard rendered from the fat of healthy, pasture raised pigs (grain/soy/corn free) is one of the healthiest fats available. Pigs that are raised on pasture, allowed to graze and roam happily have been shown to have higher levels of nutrients such as Omega 3’s & Vitamin D. You know the saying, “You Are What You Eat.” Think about this, “You Are What Your Food Eats.” Would you rather eat pork that has been raised on GMO soy/corn/wheat or pork that has been raised on grass/bugs/acorns? The latter yields a much healthier product and in turn a healthier you!

Lard is a particularly wonderful cooking fat due to it’s high smoke point (370F). What is a smoke point and how does it eaffectyour health?  Read more about that here.

How Do I Use Lard?

Lard is perfect for most any type of cooking, but lends itself especially well to techniques like frying, searing and sauteing.  Bakers prize lard when it comes to flaky pie crusts and pastries. Personally, I love to use it for my fried eggs, baked sweet potato fries and searing steaks.

That depends on the type of lard you’re using.  There are two different types of lard, leaf lard and regular lard.  Leaf lard is very neutral in flavor and comes from the fat around the kidneys and yields a pure white fat.  Regular lard is the fat from the rest of the animal and can have more of a porky smell and taste and has a slight yellow color.  Leaf lard is what bakers love to use for crusts and pastries since it has a neutral flavor.  Regular lard lends a slight porky flavor to whatever you’re cooking.  Personally, I don’t feel like either type has a very strong flavor but that can vary depending on the animal and rendering method.  Leaf lard and regular lard are rendered the same way.  Today I’ll show you how I rendered a batch of gorgeous leaf lard.

Where Do I Get It?

I purchase an entire pig in bulk from my local farmer once or twice a year and I make sure to request that the fat is delivered with my order.  You’ll receive the fat that was cut off the animal and then you’ll render it down to create the lard.  If you’re already purchasing pork from a farmer, ask them for the fat.  Some farmers may also sell or even give you the fat separately.  Remember, not everyone wants to render their own lard and the fat often goes to waste.  Don’t know a sustainable farmer in your area?  Check out Eat Wild to locate one.

How Do I Render Lard?

It’s one of my favorite real food kitchen tasks and I’m excited to share this with you.  It’s really easy, I promise!  Let’s get started.

I find it easier to work with the lard if it’s cold (but not frozen solid).  Remove it from the packaging and cut it into chunks.  I probably had about 3 pounds of leaf lard from our pastured pig.  I’ve still got 10+ pounds of regular lard in the deep freeze from the same pig. 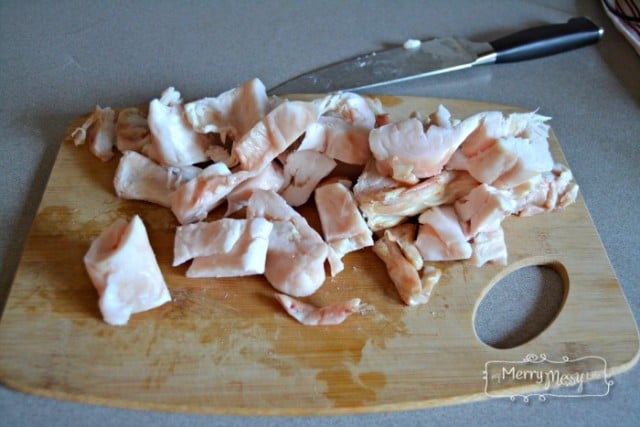 If you have a meat grinder, run the chunks throw the grinder and realize that you’re basically working with an adult version of play-doh!  Super fun.  If you don’t have a grinder, cut the lard into small chunks.  The smaller the better as this will allow it to melt faster with less chance of scorching in the crock pot. 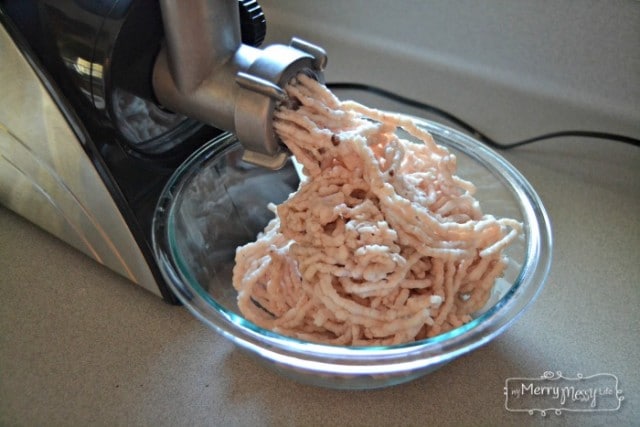 Add the ground or chopped lard to your crock pot, add about 1/4 cup of water and turn it on Low.  The water will evaporate (do not put the lid on) and will help keep the lard from scorching.  As the lard melts, add more until al of the lard is in the crock pot. 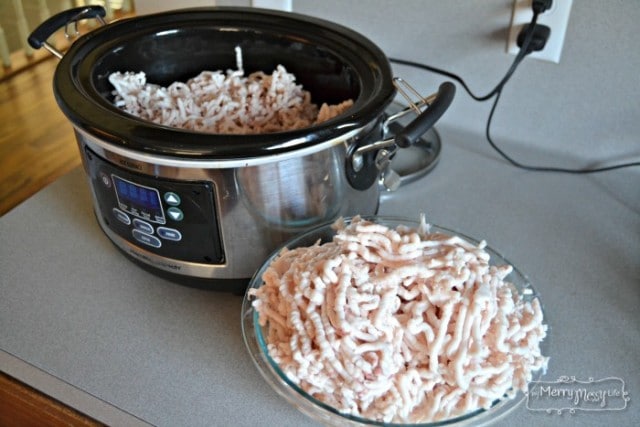 You can see the lard melting.  Use your wooden spoon and stir it a bit as it melts and push all the lard down into the melted fat (you can see some hanging out on the sides).  It doesn’t take long for it to melt down but be sure to give yourself time to watch it as it goes.  This is not a set it and forget it type recipe. 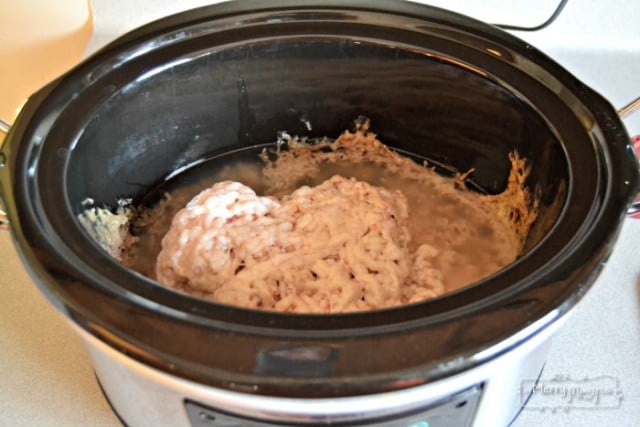 Below you can see that all of the lard has melted.  The protein (meat & connective tissue) has sunk to the bottom of the crock pot.  And YES, I’ll show you how to utilize these leftovers to make cracklins! 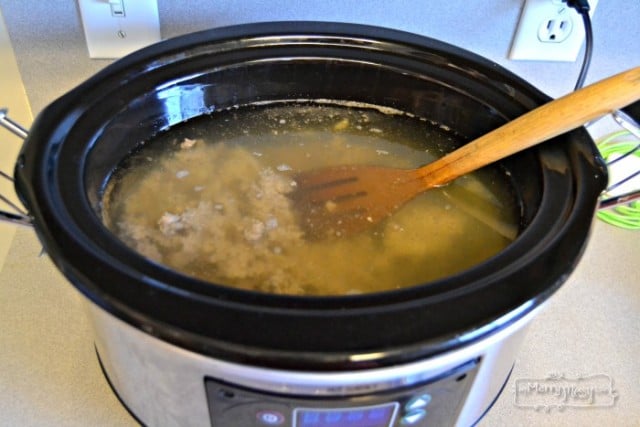 Now it’s time to strain the lard and jar it for storage.  Place your metal canning funnel on your mason jar and ladle the lard through cheesecloth that’s doubled over in a fine mesh strainer.  You want to keep the leftover cracklins out of your beautiful lard. 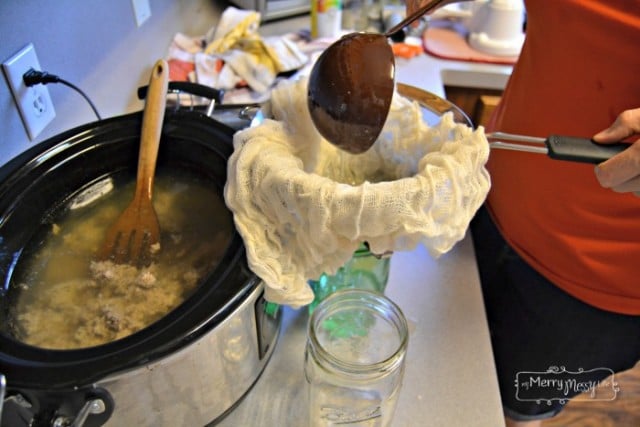 Allow the jars of lard to cool and then store in the fridge.  I like to keep one jar in the fridge for use and then store the excess in the freezer for future use.  You’re done!  So easy!  You can see how snow white the leaf lard is below.  Pure fatty goodness. 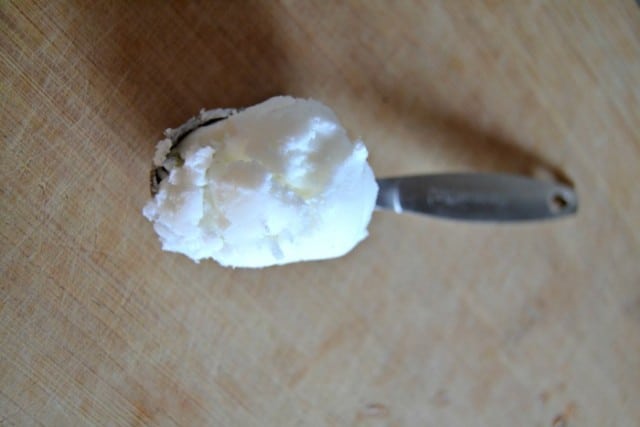 But, wait!  What about all those porky bits that are left behind after straining?  Don’t toss them.  Let’s make cracklins!

Line a baking sheet with parchment paper and spread the bits in a thin layer.  Bake at 375F, stirring occasionally until they are crispy.  Drain onto paper towel and toss with a dash of salt.  Try to keep yourself from eating them all at once.  Store in an airtight container and sprinkle on pretty much anything that needs a bacon-y, porky touch of awesome.  Like bacon bits taken to the next level.  NOM! 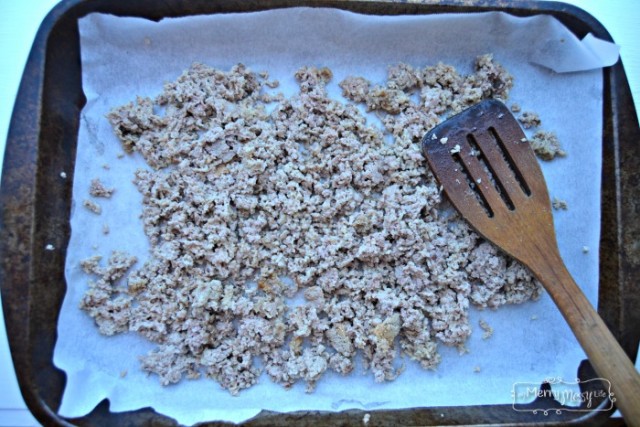 I really hope you’ve enjoyed today’s tutorial on rendering lard.  Lard is a great addition to any real food kitchen and really helps you stretch every bit of the animal (and your budget).  Are you a lard fan?  Cracklin addict?  Let us know in the comments!

To learn more about how fat can be very healthy for you, check out this article from the Weston A. Price foundation. 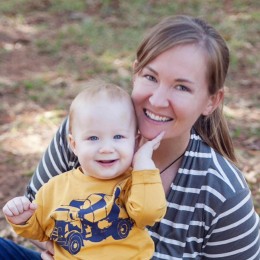 Julie is a naturally minded momma to a sweet one year old boy. She discovered Paleo in 2012 and used real food to conquer several health challenges. Julie shares her passion for sustainability, homesteading, gentle parenting and natural motherhood on Instagram and Facebook .