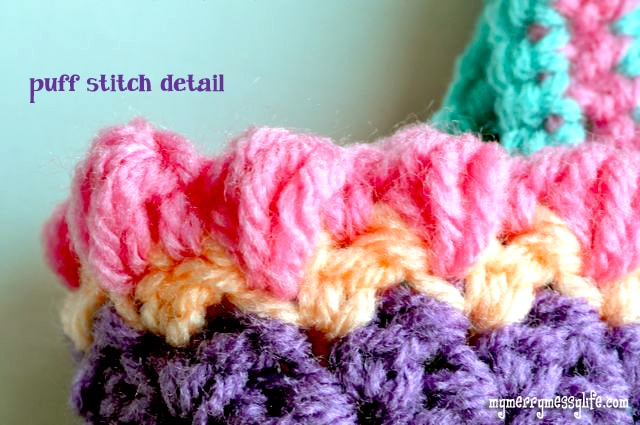 I love the puff stitch – I’ve used it on several different projects including a little girls’ purse and a yoga mat bag. It’s such an easy stitch to work in when you want to add a lot of texture and interest to an otherwise straightforward piece.

So, here’s how ya do it!
There are many different ways to work in a puff stitch, so I’m going to demonstrate just one.

For the purposes of learning, you can start from scratch by making a chain of an even number, then add three at the end for the first double crochet. In the third chain from the hook, you can start the puff stitch.

Work 1 HDC (if your project is using single, double or treble crochet, then work one of those) 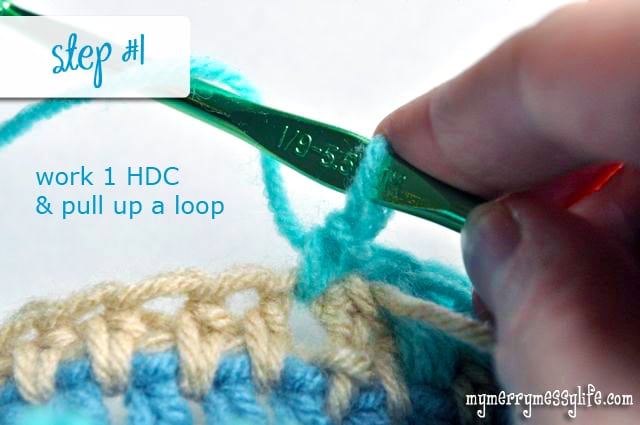 YO again, and pull up a loop.
You now have 3 loops on the hook. 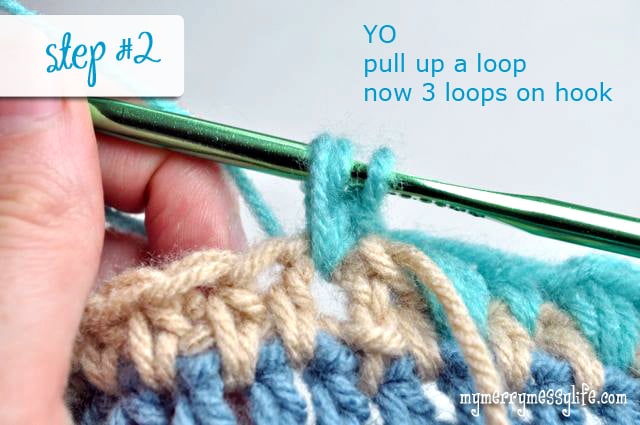 YO,  insert hook into stitch and pull up a loop
You now have 5 loops on the hook. 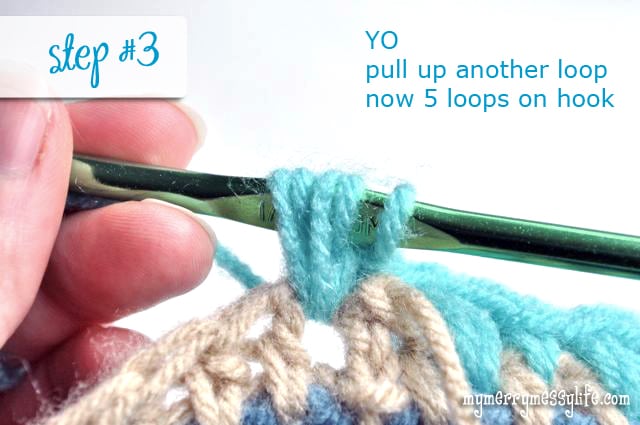 YO, insert hook into stitch and pull up a loop.
You now have 7 loops on the hook. 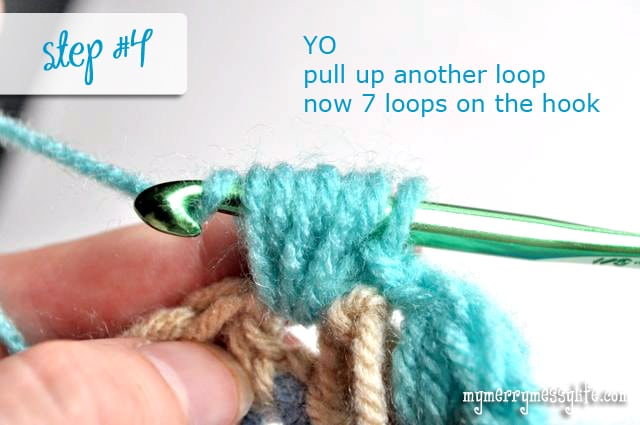 It’s okay to stop here, but sometimes I like to do it one more time to really make it poof!

YO and pull through all 7 loops on the hook. The puff is shown on the opposite side. 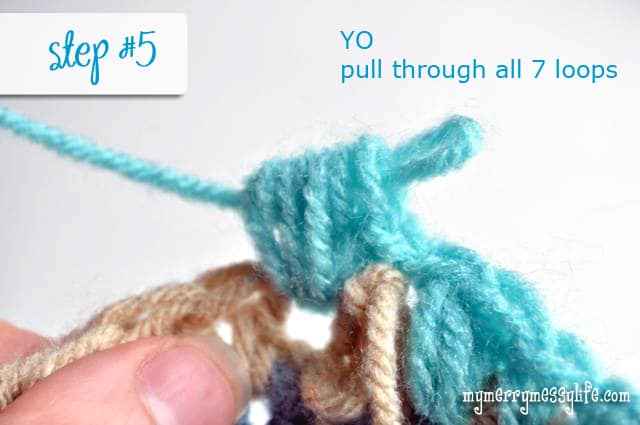 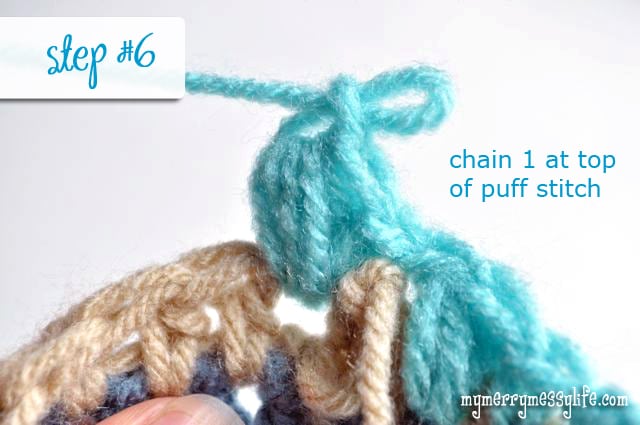 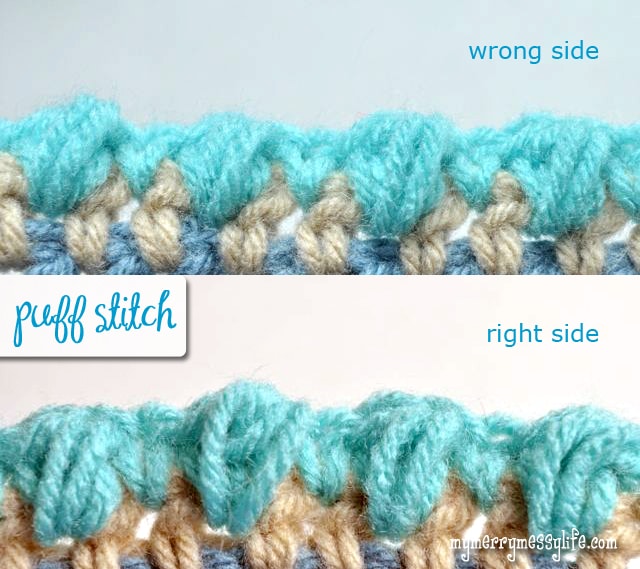 Merry Crocheting! Drop me a comment if you have any questions or get stuck!