I’m starting off the week with another episode of Merry Messy Monday! This helps keep me thankful and positive since Mondays can be long and rough as a SAHM, and record memories of my family for the future. Hopefully it will also bring a smile to your face.

This week was a messy one, with Grayson having one of his worst weeks yet with teething. Teething is SUCH a bugger, at least for my kids. I have friends who say they never know teeth are coming in till they show up! Ha! I have no idea what that’s like. This is the third week he’s been suffering with loss of sleep and appetite, running a fever, and very cranky. I was excited when the amber teething bead necklace came from Amazon last Tuesday for him. It seems to help, and I love that it’s a natural pain reliever.

See, writing this is already helping because as I write, I realize that if teething is all I have to complain about, things are really darn good.

So, here are some of his happier moments, where he’s just his adorable self and I can think about something other than teething. Grayson loves our kitty cats, our dog, his big brother, and picking strawberries from the patch in our yard and mulberries from the mulberry tree. He’s learned from Big Bro that you only pick the red ones – it’s amazing what they learn so young! 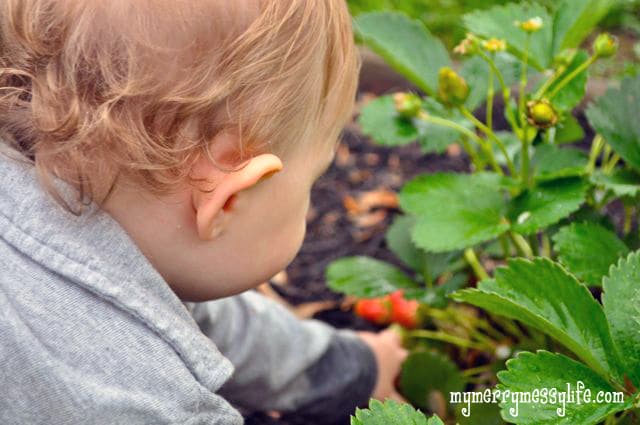 The past few weeks, Grayson also started walking and suddenly began doing all the sign language I’ve been teaching him for months! The same thing happened with Gabriel and with both of them, I thought they were never going to get it, but then suddenly did. Here he is on the left signing “all done.” He signs this all the time, especially when he’s done being rocked and doesn’t want to be put in his crib! It’s so funny. I finally got a picture of his curls, that are so precious I can’t stand it. 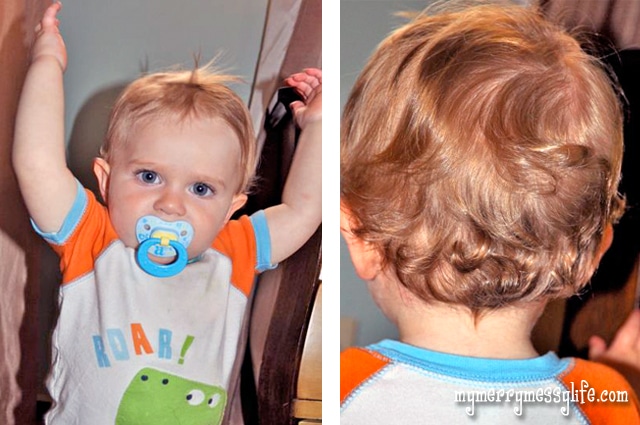 Here’s big bro Gabe who I swear keeps getting cuter, which I didn’t think was possible (I’m so one of those annoying parents now, aren’t I? Sorry, parenting is like a disease, it just eats away all of your former coolness! It’s probably biological just to keep our kids alive, so you can’t fault me (wink)). He is so totally obsessed with construction toys that he literally wakes up from naps and night time saying things like, “excavators are big huge digging machines” and “skid steer loaders are so strong and push dirt.” He says these things before he’s even totally awake!

He has always loved to help me and his daddy garden outside, and one day, while Grayson was sleeping, I gave him the clippers and showed him how to use them. He was so proud of himself and clipped like a pro, chatting away the entire time. He’s really quite the chatterbox, like someone else I know who might be his mama. I told him he was doing a very good job, and the rest of the day, Gabe would tell me “you’re doing a great job, mama” and “I’m so proud of you, mama” even when I was doing mundane chores around the house. It tickled me so much and made things like pushing his trundle bed in a worthwhile task. 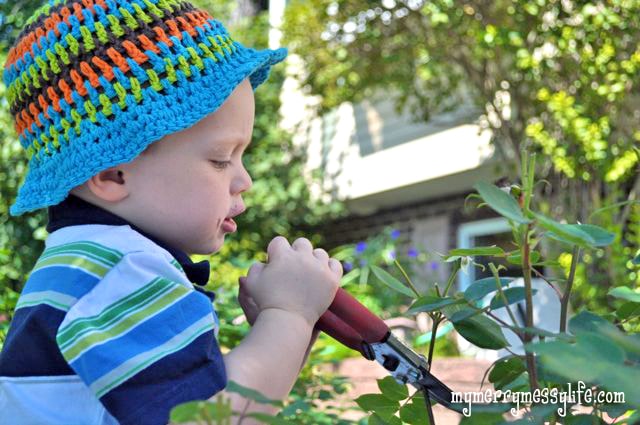 Free Crochet Chick Hat Pattern
Why You Should Plan Your Outfit the Night Before
9: How Gratitude Has Changed My Attitude as a Mom
Learn Shapes with Craft Sticks - Preschool Learning Activity