Oh wow, pumpkin pie cooking in the oven is a delight for the olfactory senses. Makes my stomach rumble and my mouth water and makes the whole house smell like the holidays! Surprisingly, it is quite easy to make a pumpkin pie from scratch using real pumpkins and your own evaporated milk. Not only that, it can be gluten-free by just not using a crust! 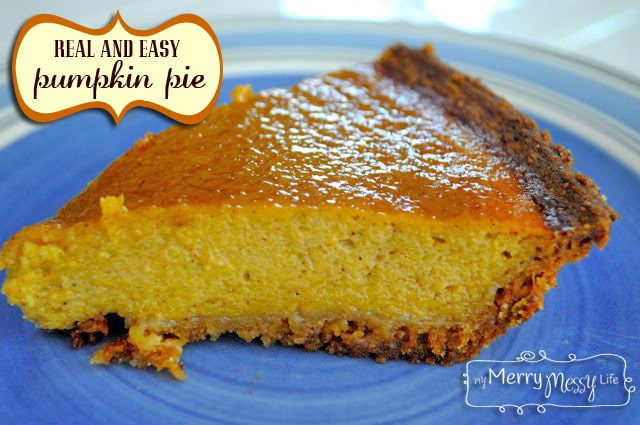 I was able to make this with the help of this very detailed and thorough article from Pick Your Own. I will not go into quite the details that they did, so if you want more, head on over there. Otherwise, stick around for my version!

How To Cook A Pumpkin 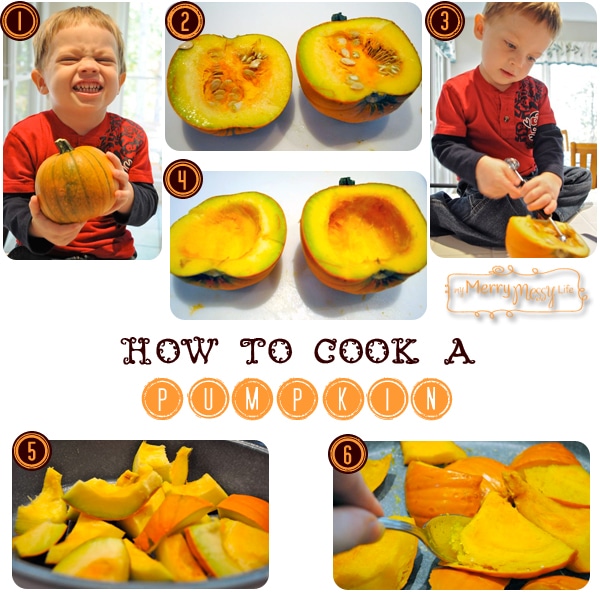 #1 – Pick your favorite PIE pumpkins from the pumpkin patch or grocery store (these are not the same as jack-o-lantern pumpkins and are sometimes found in the produce section), and you might find a little cutie along the way to bring home! You’ll need 3 pie pumpkins for this recipe, which makes 2 pies.

#3 – #4 – Then, get your little cutie to help you scoop out the goo with a large ice cream scoop (he used a melon scooper and I used the ice cream scoop) like you’re going to make a jack-o-lantern.

#5 – Chop it up into smaller pieces and throw it into baking dish. Bake at 400 degrees for 20 to 30 minutes or until are able to stick a fork into the meat.. I baked it until the meat was really soft, because then it’s easy to scoop out with a spoon and you don’t have to blend it (can I get a YAY! for less dirty dishes!). I used to cook this in the microwave, but am trying to use my microwave way less after learning about how it changes the molecules of what it cooks.

#6 – Take a spoon and scoop out the meat. A few pieces of skin did make its way into our pie, but they were so soft my tongue didn’t notice it at all! 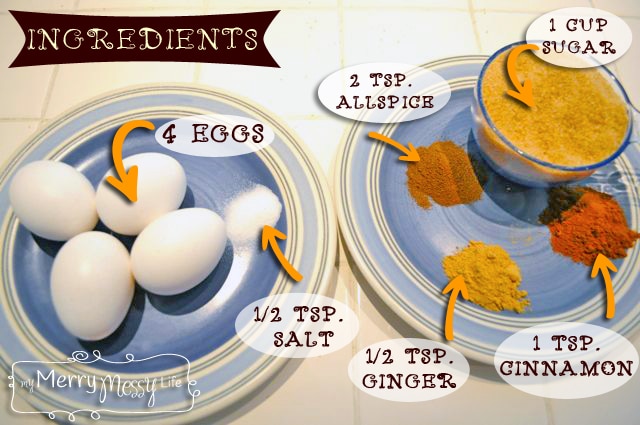 Gather your ingredients: not pictured – 1/2 teaspoon vanilla extract, 3 cups of cooked pumpkin, and 2 cups of evaporated milk. Then dump all the ingredients into a bowl and beat on low with a hand mixer. Then, pour into a pie pan, I think glass is best. I did do one little cheat, here, I used a store-bought graham-cracker crust because I knew these pregnant feet could take another 30 minutes of standing to make it! Bake at 450 F for the first 15 minutes, then reduce the temperature to 350 F for 45 to 60 minutes. For me, 45 minutes was almost too much with two pies in the oven at the same time, so I would watch it carefully. 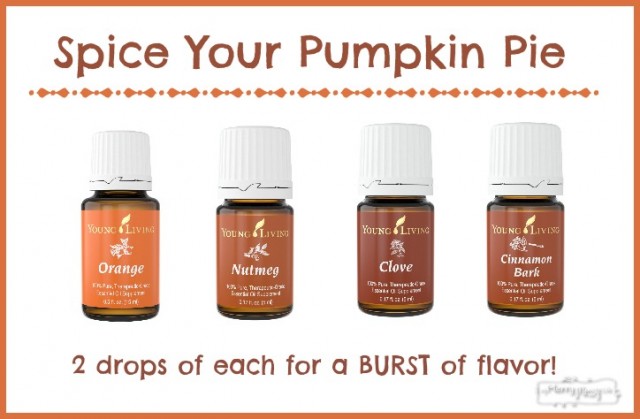 Make Your Own Evaporated Milk, or Use A Dairy-Free or Lactose-Free Alternative

Alternatives to the milk include: coconut milk and almond milk.

Just pour the pie right into a greased pie dish (I used glass) with no crust. I did that for my dad, since he’s gluten-intolerant, and he loved it! Another option is to make an almond or coconut flour crust.

Combine all in a bowl. Grease the pie pan with coconut oil and mash the crust into the pan. It’s amazingly tasty! 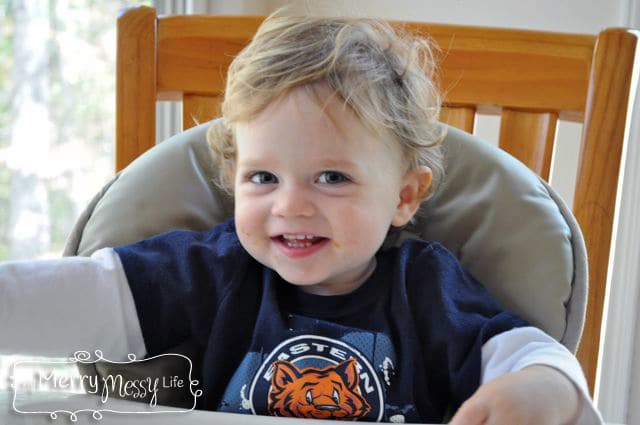 Share it with your favorite people (once they wake up from their naps!) 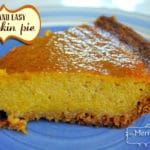